Coffee with Christo Davids on:his sparking career after almost 20 years in the entertainment industry,life behind the camera and more...
﻿
''Acting is not what people perceive it to be"
Profile:
D:O:B:20 August
AGE:30
P:O:B: Mitchells Plain, Cape Town
Occupation: Actor, director and writer

Christo Davids is quite a nice guy in person-very friendly and down-to-earth all the way, as we meet up at the Baxter Theatre in Cape Town. ''A coloured guy from Mitchells Plain," that's Christo Davids in a nutshell. Theatre says a lot about him too, as it is his other half.
Many people do not know that he is quiet, thinks a lot and loves sleeping when he can. Fans of Afrikaans soapie, 7de Laan, aired weekdays on SABC 2, have since August 2007 fallen in love with David’s portrayal of Errol Pieterse, a former street child, now young journo. ''The only similarity between Errol and I is that we look the same," he jokes. Yes, many people think acting is all glitzy and glamorous, but Davids is adamant that it can be very demanding and intense. ''Acting is not what people perceive it to be'' he says, as it is a process that requires hours of preparation.

He has had his fair share of bizarre fan moments  - including an incident where a girl ran through a window, because she got so excited when she saw him on the other side of the window. A lady even smacked him once, saying he should stop being naughty. However, if he could choose one specific job it would be writing, as he is deeply passionate about it. ''Someone once told me I am a better director than an actor," he says. ''All I want to do is make theatre," he adds.
David’s credits as a writer include Platform 9 - a comedy, previously on at the Baxter Theatre.One of his latest acting projects in the theatre world was his portrayal of various characters in Scrooge, based on Charles Dickens, A Christmas Carol at the Baxter Theatre. He will also be appearing at the Suidoosterfees with actor Jody Abrahams in Titanik, which will be showing at the Fugard Theatre in Cape Town on the 31 January, 1 February and 2nd February 2014.
It's hard to believe that Davids is 30-years-old, as he appears much younger looking .His young appearance is both an advantage and disadvantage he says. Yes, his chances of playing a 30 year-old are slim. Meanwhile, his acting experience counts in his favour. If he is not on stage, you will find him listening to music, or reading (his quite a bookworm).He enjoys helping children too through charity work. ''If you make a happy child, you make a happy adult, '' he says.
One of his main aims in life is to break stereotypes and show that not all people of colour are drug addicts and gangsters. He enjoys spending time with his wife, Cindy Khana too. Married life has been treating him pretty well, as he feels much better since tying the knot with his dream girl early last year. Mm.. He is quite romantic too!
Davids spent the first nine years of his life in Eastridge, Mitchells Plain. He later moved to Heidelberg to stay with his late grandfather, Goliath Davids who was a big inspiration to him. A sense of sadness appears when he points to a chain with a crucifix around his neck, which his grandfather used to wear every day. He started acting at the age of 11, which has been both a disadvantage and advantage, as he missed out on living a normal childhood. ''I went to school for the first time for a whole year in standard nine,'' he says.However, he experienced a lot at a young age, which is why he does not do drugs. He went on to complete a degree at U.W.C in 2006. Studying law was not his choice, as his grandfather forced him. He admits he will never actually practice as a lawyer.
Come what may, Christo is here to stay! 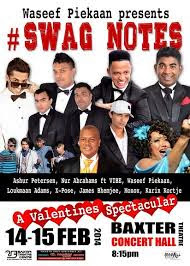 Popular posts from this blog

FORMER THE WILD'S SEXY ZAKEEYA PATEL ON HER SPARKLING ACTING CAREER,WHY SHE DEFINES HERSELF AS A COLOURED-INDIAN-,MUSLIM-CATHOLIC&MORE!

March 13, 2013
THE WILD'S SEXY, BAD GIRL ZAKEEYA PATEL
- On her sparklingacting career, shares her future plans, reveals what she wants in a guy & more...


Fast facts
Zakeeya describes herself as outgoing,friendly,perceptive and hard working lady.
She started acting at young age and spent most of her free time performing.
she comes from a family of mixed cultural backgrounds,having livedin Cape Town,Durban and Johannesburg. "Sometimes people don't realize that and immediately think Zakeeya Patel is a drug addict who sleeps around. When you're on set you're never drinking alcohol and you're never naked in love scenes - it's all pretend. after all.’’
25-Year-old sexy Zakeeya Patel well -known as former saucy,wild-party girl, Amita Khan in mzansi’s premier soapie,The Wild is living her childhood fantasy. She has always dreamt of being an actress and making it big in the acting industry.Just as she was about to embark on her career abroad, she received an offer to audition for T…
67 comments
Read more

February 17, 2016
Summer has hit us so bad. Most people are focused on skin bleaching products, where as, I'm one of those people that are so scared of bleaching my skin, because of what I have witnessed, some people end up having skin problems such rashes, blemishes and grow unwanted hair in the face.
So, I will break down a list of products that I think will be good for this summer and also note that I'm using these products too.


6.Eurcerine Body Lotion  (available at Clicks and other stores)
Tip:If you run out of face cream, then apply a non-fragrance Aqueous cream on your face and gently massage your face for about 3 minutes, then wash your face after.
One of the reasons I chose these affordable…
1 comment
Read more

So, I got to sit down and have a good chat with energetic media personality, Carl Wastie at a popular restaurant in Cape Town. Known for his dynamite (literally, after all, dynamite does come in small packages), who cam miss his funky mohawk? Carl is friendly and super-humble .

Who is Carl Wastie in a nutshell?
He is a Cape Town-based individual that feels that humility is more important than talent. I studied psychology at UCT and later worked at a video shop. People from Good Hope FM saw me at an MC gig, all thanks to the people at the video shop. So, I could say, I started my career in the entertainment industry out of a video shop. You can't believe in luck and hard work at the same time, because lucky people are those who are at the right place, at the right time. Hard workers put themselves in the right place and get there at the right time. Since then, people Good Hope FM spotted me and then Expresso.
I'm about humility, family, youth and fun.